The eleventh Wicklow Primary Schools Cup final was organised and hosted by Delgany Golf Club on Monday, 13th May, featuring 16 Primary School teams from within the Wicklow area.

The initiative to encourage school children up to 12 years of age to play golf was developed and promoted by Jason Bradshaw and Delgany Golf Club since 2009. Local Wicklow Primary Schools have had weekly coaching and practice sessions which have been initiated by teachers and parents involving circa 500 school children from the ages of 8 to 12 years of age. The finals involved 54 boys and girls from fourth, fifth and sixth classes.

The Captain of Delgany Golf Club, Dermot McCarthy and Lady Captain Ann Nulty stated that the Club was proud to be associated once again with this event and congratulated all the teachers, parents and the young golfers for their tremendous performance during the year and on the day.

The event involved children from Wicklow schools taking part in a team golf competition and was supported by the professional at Delgany Golf Club, Gavin Kavanagh who provided the school children with a golf exhibition after the team event.

Jason Bradshaw founder of the event eleven years ago, said he was very pleased to see this grass roots get into golf programme continuing to grow in popularity so well in the Wicklow area and congratulated all the schoolchildren who competed and announced the 2019 winners as follows: 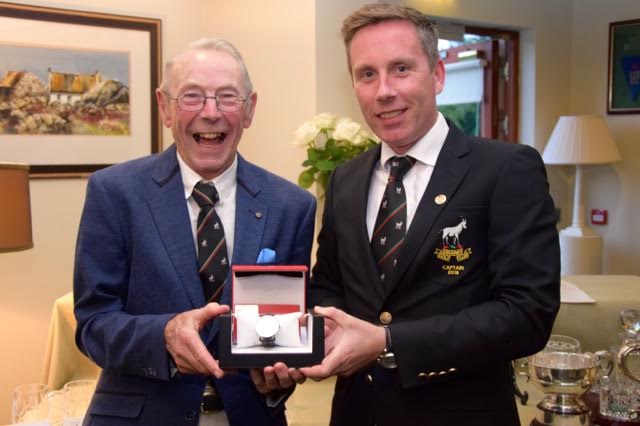