Very decent numbers turned up on a very fine weekend to support this year’s President’s prize. The main prize being an E Scooter generated some excitement among the younger players but on the day the more senior men prevailed and the winner, Conor O’Riordan, is facing a challenge he did not expect now that he has his bus pass. 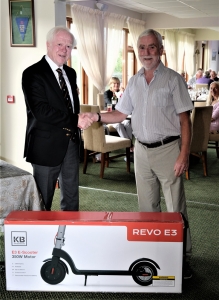 However, he was able bodied enough to win so he should be well able for this new challenge. The President being from Cork was pleased to see the main prize going to a fellow Corkonian, congratulations to Conor O’Riordan.

Apart from the winner favourable mention must be made of Mark Behan’s tremendous gross score of 64 in the Intermediates competition, Tom Bradshaw’s net 63 to be beaten on a count- back, and Brian Fitzpatrick’s hole in one on the sixteenth. Congratulations also to Mark Behan and the five day winner Michael Murphy below. 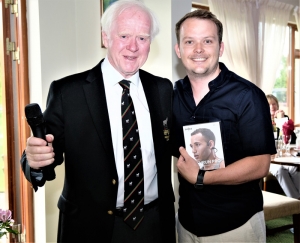 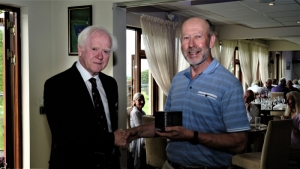 Interclub Results and Next Matches